Champagne socialism, Emily Ratajkowski, and the moral failures of the very wealthy 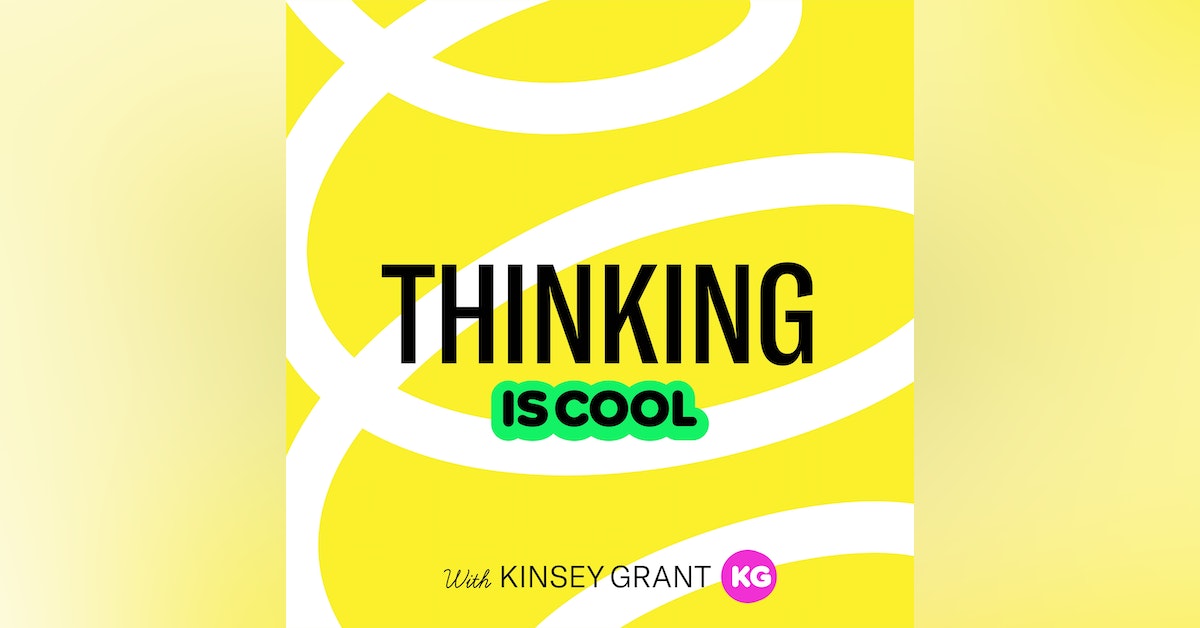 Champagne socialism. The slightly more radicalized cousin of liberal elitism, champagne socialism is increasingly becoming the default position for very wealthy people who also want to be (or be perceived as) good progressives. It’s leftism for people who have personal drivers. It’s political fence-sitting, and it’s so incredibly interesting.

Can we believe in a wealth tax and still want to become wealthy ourselves? Can we espouse the importance of universal pre-k and still send our children to the elite private schools that churn out senators regularly?

These are the questions of champagne socialism, rooted in the eternal battle between capitalism and whatever else is out there.

It’s the Emily Ratajkowski of it all, and it’s what I’m talking about in this week’s episode of Thinking Is Cool. The absence of ethical consumption, the question of ethical production, the justification of wealth and wanting, and where we fit into the paradigm of late-stage capitalism.

Listen now to confront your own ideas of good, bad, and worse.

Hello everyone and welcome back to Thinking Is Cool, the show where I, your host Kinsey Grant, do everything in my power to 1) get my parents to second guess my liberal arts education and 2) help ensure your next conversation is better than your last.

This episode is going to be about champagne socialism, the myth of the benevolent capitalist, and the politics of money. And it’s going to be under 20 minutes. Now before we get into it, the what, here’s the why.

If you’ve been along for the ride these last couple of weeks, you know I’ve been trying to push the creative boundaries I self-imposed when I started this show last year. A lot of that urge to do something different stems from a bigger identity crisis I’ve had lately…see, I’m working on this highly produced, really comprehensive capsule of eight episodes about the American Dream in its modern context. Those eight episodes are coming out in a few weeks, but already as I write them, I’m facing an internal reckoning.

Why am I doing this? Why are any of us doing this? Why am I so obsessed with success? And ambition? And making money? Can I want those things and still believe in universal healthcare and the wealth tax? Can I ever really commit to honoring the unseen forces of creativity that move me if I’m also trying to make a bunch of money being creative? Can my artistic ambitions coexist with the logical and likely pre-programmed goal of material comfort at some point in my life?

It’s a complicated question that, as I’m sure you can guess, I unpack quite meticulously in that American Dream capsule you’ll hear in a couple weeks. But here and now, I want to start the conversation because it’s, frankly, consuming me. I can’t stop thinking about it. And as the saying goes, thinking is cool.

It’s time we all hold a mirror up to our own relationships with so-called success, material or otherwise. And it’s time to start today.

Today is going to be, in a word, experimental. It’s about questioning means and motives and opportunities. It’s about thinking for the sake of it. It’s about money and virtue-signaling. And it’s all unscripted.

Starting after the transition music you’re hearing right now ends, I’m going off-script. In front of me I have a brief outline that consists mostly of questions that my editorial assistant, Natalie, and I have come up with over many hours of rambling hypothetical-driven conversations about what it means to be a reluctant capitalist in a capitalist's world.

Our purpose today is to start thinking, nothing more. I’m not committing to AOC’s re-election campaign, I’m not moving to Scandinavia, I’m just thinking out loud. And sharing with you some of the most interesting conversation-starters I’ve encountered lately.

So…Nothing is off limits. Everything is on the table. Take it anywhere. And remember, thinking is cool and so are you.

AD HERE → We’re about to unpack a really big and really important idea, and it’s going to very much Pandora’s Box this conversation. So you need a drink…take it away, Massican.

Now, let’s get back to the one-woman show. Before the break, I was talking about the intersection of political belief systems and internal pursuits of wealth.